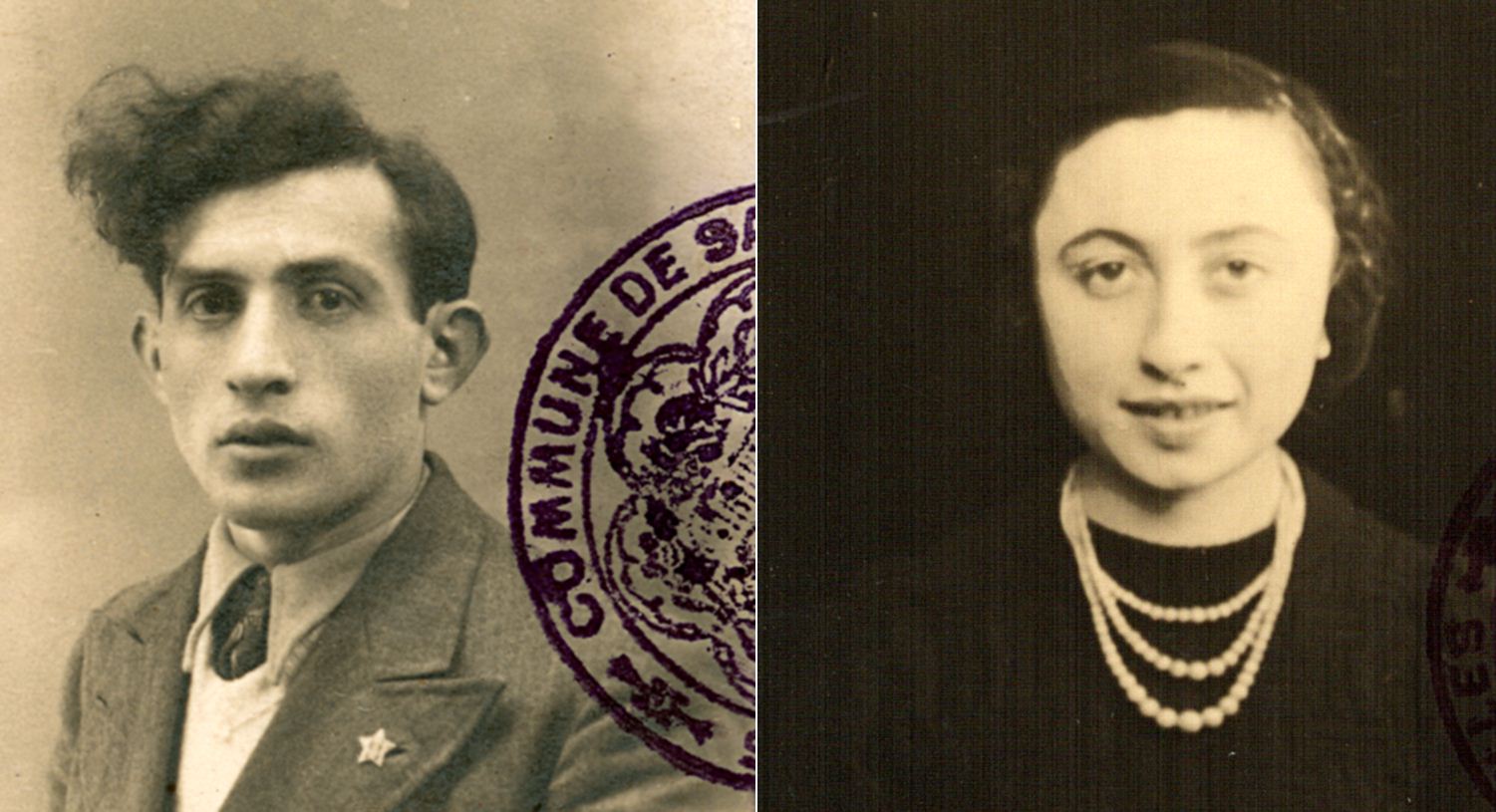 Majer Tabakman, ca. 1928 et Rosa Kibel, in the 1930s
Majer Tabakman emigrated from Poland in 1928 and settled in Saint-Gilles, a commune of Brussels, where he worked as a clicker (shoe leather cutter). Rosa Kibel arrived from Poland in 1931. The couple lived in Avenue du Roi. Majer Tabakman was active in the Linke Poale Sion, the left-wing labour party, and helped to organise the solidarity action of Le Secours Mutuel. This organization was represented by Abusz Werber when the Jewish Defence Committee (CDJ) was established in September 1942. Tabakman was arrested and on 8 January 1943 was taken to the Dossin Barracks and put down for Transport 19 which left on 15 January. The transport trains were still using third-class carriages then, and deportees could escape through the windows. He managed to jump from the moving train. He was caught and returned to the Sammellager on 10 April. Deported for the second time on Transport 20, which was made up of cattle trucks, he again managed to escape. He took advantage of a slow stretch to jump shortly after Boutersem. The third time he was arrested he was with his wife, Rosa Kibel, and they were interned in the Dossin Barracks the very next day, 2 December 1943. Because he had escaped several times, Majer Tabakman was put on a special list added to Transport 23. Like him the 21 other deportees on this list did not survive, and made the journey in a carefully guarded separate wagon. This meant that he and his wife, Rosa, had no contact during the journey. Even though 69% of the women were ordered directly into the gas chambers upon arrival, Rosa Kibel, who was 28, was selected for work in the concentration camp and given registration number 74,594. Later she was transferred to Ravensbrück, where she was allocated to the Neustadt Kommando in 1944. She was still alive when the American troops liberated the camp. She was repatriated to Belgium on 31 May 1945, where she learnt of the death of her husband.
Publication info

Register
Quicklinks
© Kazerne Dossin 2022
This website uses cookies to provide you with an optimal visitor experience and to measure your surfing behaviour. By clicking on "OK" or by continuing to use this website, you agree to this.
Ok More information