A Polish Jew, Rojla Borensztajn, was the first to emigrate to Belgium. In 1929, she settled in Antwerp. Feivel Kaminer arrived from Poland in 1933. 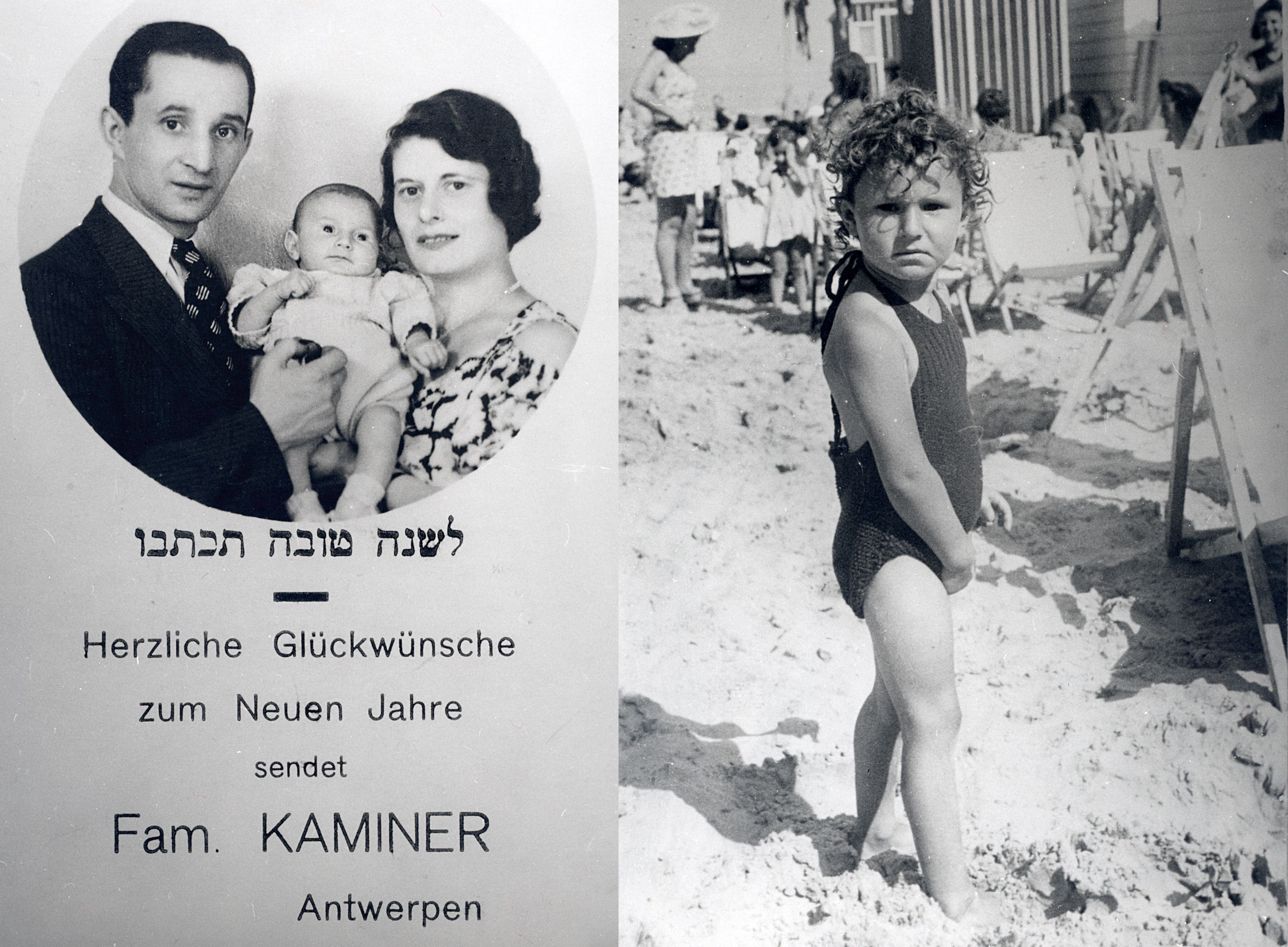 The Kaminer family, at Jewish New Year 1938: the father, Feivel Kaminer, the newborn, Albert, and the mother, Rojla Borensztajn - Simone Kaminer, the eldest, on holiday at the Belgian coast
A Polish Jew, Rojla Borensztajn, was the first to emigrate to Belgium. In 1929, she settled in Antwerp. Feivel Kaminer arrived from Poland in 1933. Their first child, Simone, was born in Antwerp in 1936, and the second, Albert, was also born in Antwerp, but in 1938. Feivel Kaminer was a leather worker by profession, and his wife cared for the home and the children. In the summer of 1942, Feivel Kaminer was sent as forced labour to the Organisation Todt’s construction sites in the North of France. He was deported on transport 17 on 31 October 1942. 36 years of age, he was considered fit for work by the SS doctors in charge of selection, and he was admitted to the Auschwitz concentration camp. He survived no longer than a month and died on 30 November 1942.
His wife Rojla, 43, his daughter, 6, and his son, 5, were picked up in December 1942 and on the 18th of December were placed on the list for Transport 19. Being the exactly the sort of people the SS wanted to eliminate, Rojla and her two small children were immediately sent to the gas chambers.
Publication info

Register
Quicklinks
© Kazerne Dossin 2023
This website uses cookies to provide you with an optimal visitor experience and to measure your surfing behaviour. By clicking on "OK" or by continuing to use this website, you agree to this.
Ok More information