Kurt Friedrich Posener was a German Jew who had sought refuge in Brussels shortly after the Kristallnacht on 9 November 1938. His son, Ludwig, then aged 12, came with him. 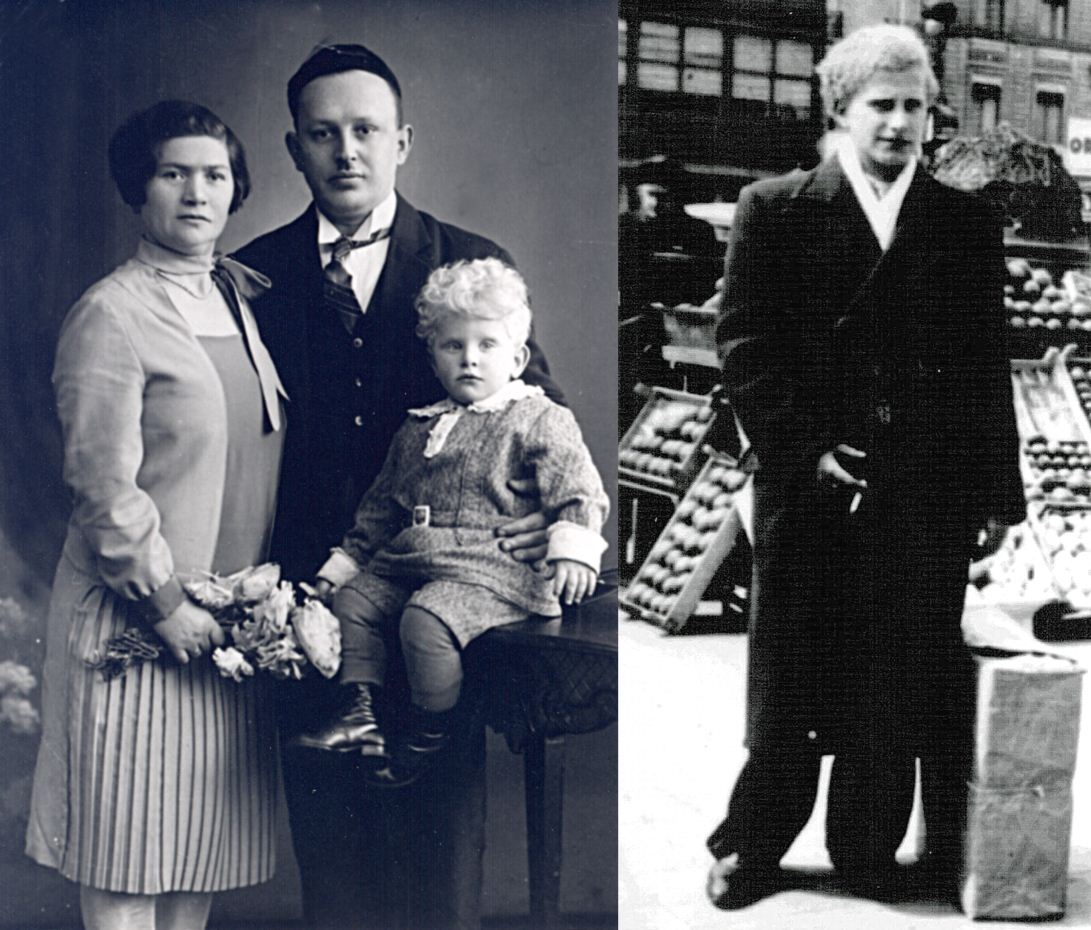 Lotte Leah Stoler and Kurt Friedrich Posener with their child, Ludwig Posener, ca. 1929 - Ludwig Posener, shortly before his deportation
Kurt Friedrich Posener was a German Jew who had sought refuge in Brussels shortly after the Kristallnacht on 9 November 1938. His son, Ludwig, then aged 12, came with him. His wife, Lotte Leah Stoler, had died in Berlin in 1933. Despite the persecution that Jews in the Third Reich were subject to, Kurt Friedrich Posener was arrested as a “suspect” on 10 May 1940 by the as yet independent Belgian State. He was one of the 8,000 German Jews that Belgium deported to France. Interned in the camps in the South, he was confined in Gurs, Saint-Cyprien, Pithiviers and Rivesaltes before being taken to the Sammellager at Drancy on 4 September 1942. He was then put on Transport 31 for Jews from France on 11 September. Aged 51, he did not survive the deportation to Auschwitz-Birkenau.
His son, Ludwig, 14 years old in 1940, was swept up by the anti-Semitic persecution. On 26 June 1942, he was called up for forced labour and sent to Northern France to work on the construction of the Atlantic Wall. Subsequently he and 1,299 other forced labourers in the camps were sent back to Belgium from the Organisation Todt camps. He was put on Transport 16. The transport left on 31 October. Ludwig Posener, then 16, followed the example of the 237 other fugitives and jumped from the carriage. He was caught on 7 April 1943 and put down for Transport 20 on the very same day. This time, however, he did not escape from the transport, even though many other people did, including people in his own wagon. Several escapees were shot on the spot. Upon arrival at Auschwitz-Birkenau, Ludwig was selected for work and registered under number 117.657. From Auschwitz, where he remained only a short while, he went to the Monowitz industrial annex. His health deteriorated and he spent increasing periods of time in the Kommando’s infirmary. Even so he survived and, avoiding the death march, was liberated on 27 January 1945 by the Red Army. He managed to get back to Belgium on 12 December 1945.
Publication info

Register
Quicklinks
© Kazerne Dossin 2022
This website uses cookies to provide you with an optimal visitor experience and to measure your surfing behaviour. By clicking on "OK" or by continuing to use this website, you agree to this.
Ok More information