Nisen Karolinski and Tauba Hena Makofka emigrated in 1929. They were accompanied by their seven children, all born in Warsaw. 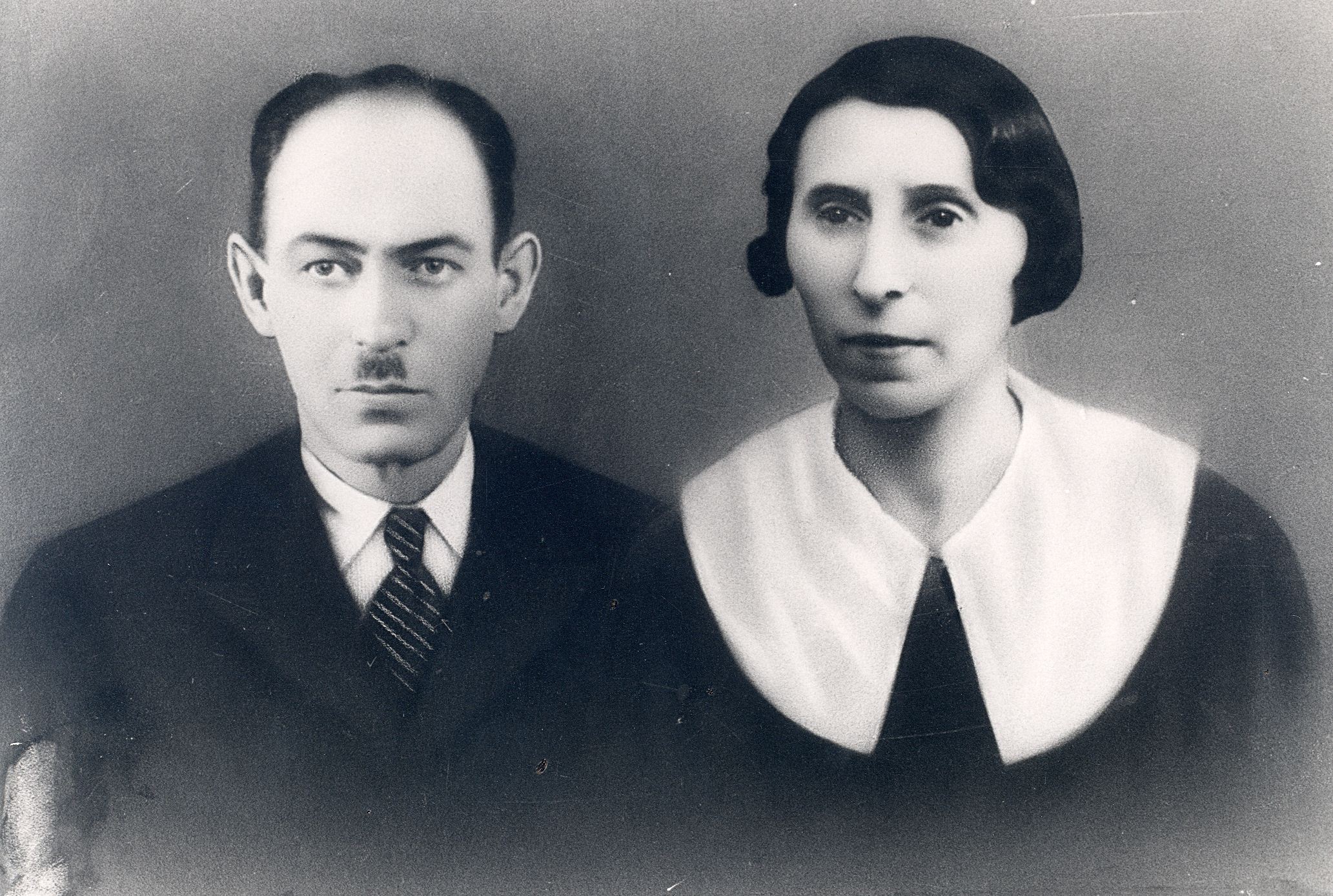 Nisen Karolinski and Tauba Hena Makofka, in the 1930s
Nisen Karolinski and Tauba Hena Makofka emigrated in 1929. They were accompanied by their seven children, all born in Warsaw: Salomon, Lejb, Jules, Lejzer, Abraham, Sara and Paul. Six members of this family of nine were deported, only one of whom, Abraham, survived. Sara, 19, was summoned to the Dossin Barracks for Transport 1 of 4 August 1942, and disappeared without a trace upon arrival at Auschwitz-Birkenau. Salomon, 36, was arrested in Brussels, and arrived in Mechelen on 15 August 1943. Deported on Transport 4 on 18 August 1942, he was selected for work at Auschwitz. He died after little more than a month in captivity. Jules, 28, was taken to the Sammellager on 28 February 1943 and was deported, never to return, on Transport 20 of 19 April 1943. The parents, Nisen Karolinski, 57 years old, and Tauba Hena Makofka, 51, were taken to the Dossin Barracks on 22 June 1943 and were put on Transport 21. Deportees of their age had no hope at all of surviving the selection process, particularly when the immediate execution rate was 70%. Abraham, 23, arrived in the Sammellager on 14 April 1944. He and his wife Janine Efira, 23, were put Transport 25 of 19 May 1944. Only 31% of the men of this transport were gassed immediately, and he was chosen to work in the camp, under registration number A 2,684. He remained at Auschwitz until 18 January 1945, and went on the death march to Buchenwald, via Gross- Rosen. He was then transferred to Dachau where the American army liberated him on 29 April 1945. He returned to Brussels on 16 June 1945 and found out that his wife, Janine Efira, registration number A 5,185, had also survived. The other children of Nisen Karolinski and Tauba Hena Makofka escaped deportation.
Publication info

Register
Quicklinks
© Kazerne Dossin 2021
This website uses cookies to provide you with an optimal visitor experience and to measure your surfing behaviour. By clicking on "OK" or by continuing to use this website, you agree to this.
Ok More information