Religious orthodox Jews, with their beards and ringlets, the visible signs of their faith, were a favourite target of the Sammellager SS. 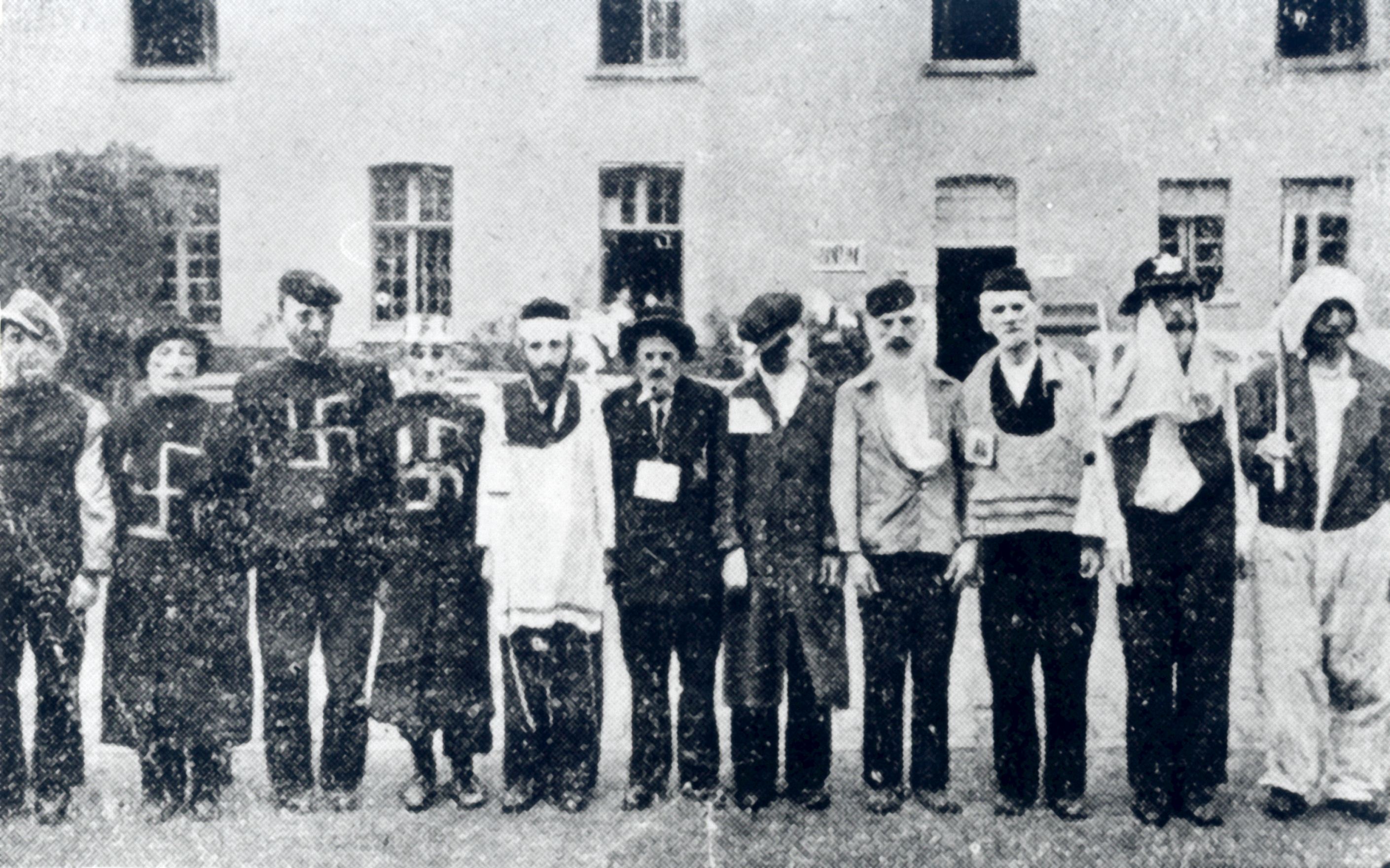 Dossin Barracks in Malines: scene of humiliation of rabbis and religious Jews, shortly before their departure on the 8thtransport
Religious orthodox Jews, with their beards and ringlets, the visible signs of their faith, were a favourite target of the Sammellager SS. They put on a grotesque show in the barrack yard, forcing these oriental Jews to take part. The beards of a handful of elderly men from Antwerp and Brussels have been half shaved off, and they have been made to turn their clothes inside out. Their traditional headwear has been smeared with mud. Sacred books and relics were also defiled and the SS set them on fire. The oldsters were then forced into a foolish dance around this fire. As a final insult the SS forced them carry a table around the yard bearing Josef Gelernter, a rabbi from Brussels.
Rabbi of the small orthodox synagogue in Rue de la Buanderie in Brussels, Gelernter, 49, was arrested on 2 September, with his wife, Rachel Rubinstein, 51, and his daughter, Sara, 11. Deported on Transport 8, none of them survived.

Another victim of this anti-Semitic game of humiliation was Nuta Czesner (sixth from the left), a 63-year-old goldsmith and watchmaker, an orthodox Jew from Antwerp. Nuta Czesner was arrested with his wife, Tyla Kroze, 55, and his son, Jackie, 14, during the second great raid in Antwerp, as part of group of Jews arrested in Deurne. The Gelernter-Rubinsteins and the Czesner-Krozes were deported on the same transport, none of them survived.

Register
Quicklinks
© Kazerne Dossin 2021
This website uses cookies to provide you with an optimal visitor experience and to measure your surfing behaviour. By clicking on "OK" or by continuing to use this website, you agree to this.
Ok More information